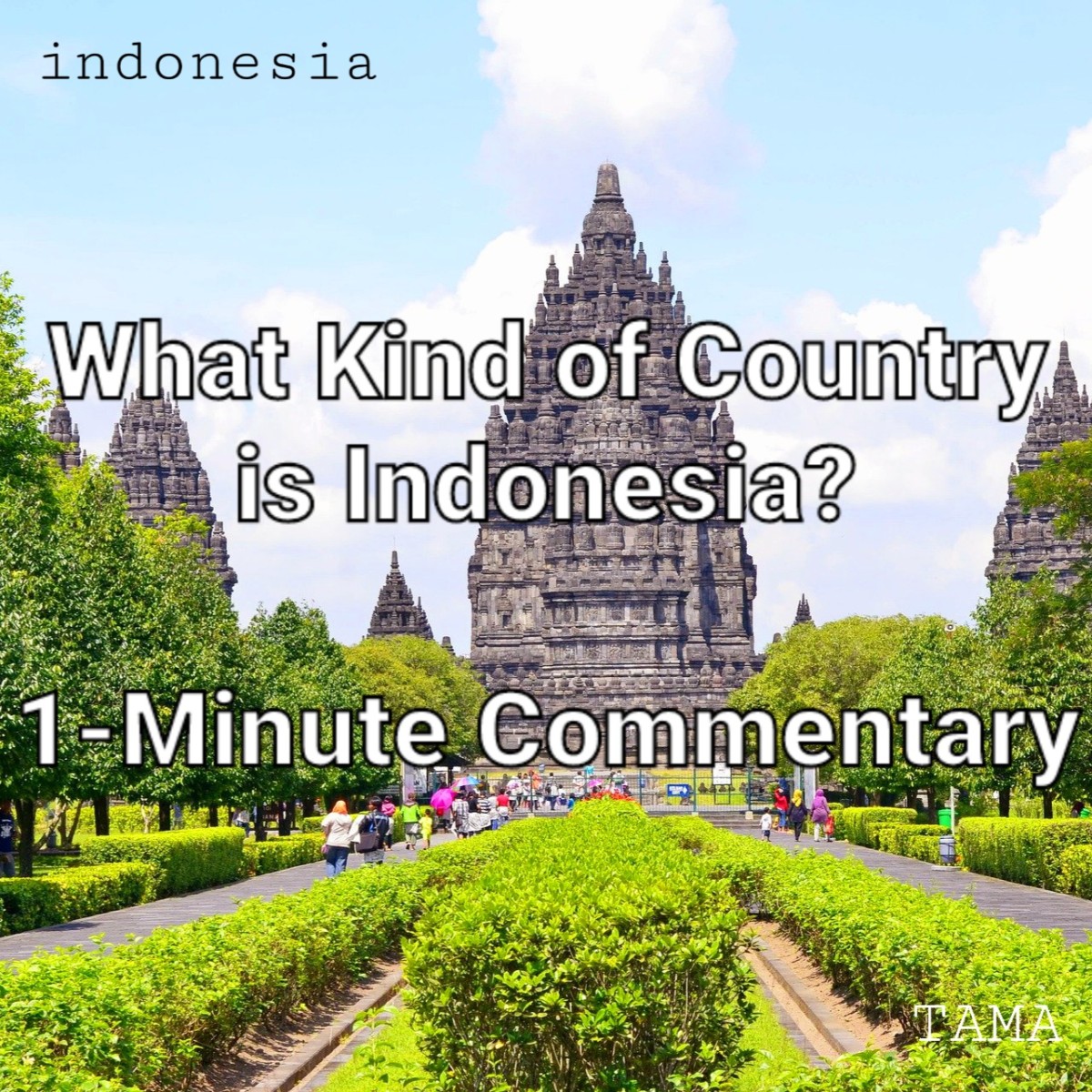 What Kind of Country is Indonesia? 1-Minute Commentary

Indonesia is the largest island country in the world.

It is composed of 15,000 islands, and each island has a different ethnicity and language.

Jakarta, the capital of Java, is a big city, while Borneo (Kalimantan) has abundant nature.

In Bali, famous as a world-class resort, you can enjoy Hindu culture.

Why did Indonesia prosper as a country despite being a country with a wide variety of cultures?

Indonesia was founded in 1949.

After World War II, Indonesia won the war of independence with the Netherlands.

The 1949 Treaty of The Hague granted Indonesia’s independence.

However, the history of each island is much longer.

First, it is said that a Hindu nation was born on the islands influenced by Indian culture around the 1st century BC.

Mahayana Buddhism was worshiped in the ”Kingdom of Shri Vijaya”, which prospered on Sumatra during the 7th and 11th centuries.

The “Borobudur” is one of the largest Mahayana Buddhist sites in the world built by the “Shailendra Dynasty” that flourished on Java Island, and is registered as a World Heritage Site.

Islam was introduced by Muslim merchants since the 13th century.

In August 2019, President Joko Widodo announced that he would relocate the capital from Jakarta on Java to the eastern part of Kalimantan.