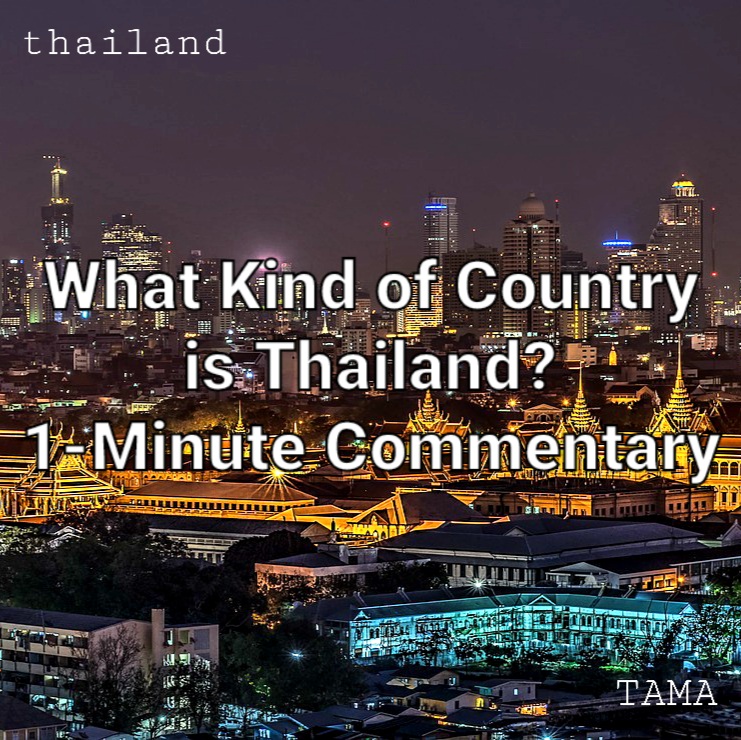 What Kind of Country is Thailand? 1-Minute Commentary

Thais are very kind and Thailand is called “The Land of Smiles”.

Even after the great powers of Europe and the United States began to expand into Asia, they have maintained their independence.

Thailand is the only country has never been colonized in Southeast Asia.

In 1932, Thailand moved from an absolute monarchy to a constitutional monarchy.

The king and royal family do not have political power, but they have a very strong respect and influence from the people.

People who insult the king or the royal family are accused of blasphemy.

In 2016, Maha Vajiralong was crowned as the new king.

Bangkok, the capital, is a popular tourist destination not only in Asia but also in Europe and the United States.

Thai food such as “Tom Yum Kung” and “Som Tam” has all kinds of tastes (sweetness, spiciness, saltiness, acidity, bitterness).

A military government was established by the 2014 coup d’etat, and a general election was held in 2019 for the first time in eight years, but the political situation remains unstable.